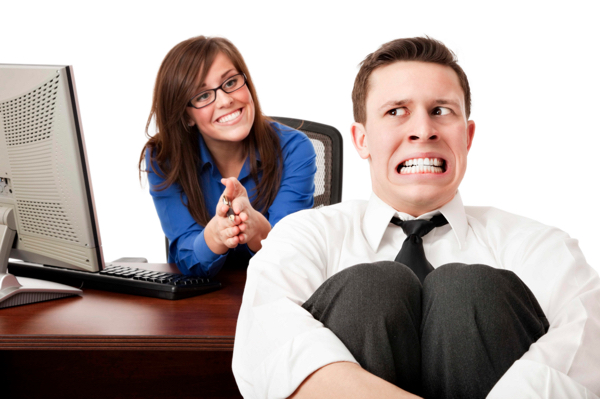 Approaching my two-year anniversary of working at the Foundation, I can’t help but think about how great of a ride this has been. When I first arrived in 2015, the Facebook page had just over a 1,000 page likes, the website was pretty ordinary and our engagement was limited. Today, the Foundation has over 2,000 page likes, its website has gone under some revamping to make it more informative and functional and we are constantly engaging with people. The transformation has been unreal and I’m so glad that I’ve been able to be at the forefront, leading the way.

With all of that said, one would think that if you’re going into a job interview with these accomplishments, it would be worth sharing. But sometimes the interviews are the hardest thing. You’re nervous, you don’t want to screw up mentioning your accomplishments and don’t want to sound overconfident. So, lets take a look at what I believe are some important things to take into account when interviewing for a job.

As I’ve found out in many interviews, those interviewing you want to know about what you’ve been doing to land yourself this opportunity. Because of this, knowing your role has become more than just memorizing the brief descriptions of positions previously held on your resume. There’s always much more detail as to what you’ve done coming from your mouth than what’s on paper.

Consider what you currently do, what you’ve done in the past and what you’ve been taught to do. Ask yourself, “what successes and shortcomings throughout my career have allowed be to become the individual I am today?” Think about the projects, tasks and campaigns you’ve participated in and how you’ve shaped the outcome. What was the goal? How was your role vital to meeting the goal? Were there any moments that made you stand out from the rest of your team or colleagues? Were there any setbacks?

Asking yourself questions like these should allow you to come up with several workplace stories when you’re asked about past successes and shortcomings. On top of that, you’ll have several key words that describe your role. Ultimately, you should be able to know why what you’ve done in the past makes you qualified for the job you’re interviewing for.

Make Your Responses Short, but Clear

Perhaps the biggest challenge people face in interviews is making responses to questions short and clear. Believe me when I say that it’s easier said than done. While it’s great that you can provide a lot of detail about what you’ve done, you have to zero in on those important details in a fast manner. Otherwise, you might wind up rambling on about unimportant details, which will drown out the important information.

For me, my strategy has always been to keep responses for simple questions up to 30 seconds and 45 seconds for more complex questions. Anything over a minute is way too long and needs to be cut down. Interviewers want to know that you can get straight to the point while providing the vital information.

Once you have answers, be sure to memorize them as best as you can, so that you’ll be able to instantly reply and come across as someone who is prepared and knows him or herself. The more answers you have memorized, the less likely you’ll ramble or be caught in a long pause. Practice reading off an index card and try shifting your eyes away from the card as you continue answering your question.

There are a lot of things that can be covered in regards to maintaining professionalism. I’ve heard and read stories of those who interview job applicants and just can’t believe some of the stuff people do. There’ve been stories about people coming into interviews with unkempt hair, being underdressed for the interview, sitting slouched and appearing disinterested in being at the interview, using dialogue meant more for the bar than a job interview and throwing others under the bus.

If you have facial hair like myself, it’s important to keep that hair short or at the very least, have it in uniform for the interview. The same goes for your head of hair. This only applies to males, but if you have long hair, try to tie it up. Also important is what you’re wearing. The least formally dressed I’ve ever been in for an interview was when I wore a short-sleeve Polo, khakis and formal shoes. That should be the absolute minimum expectation you set for yourself. With that said, I tend to go all out with a suit jacket, solid colored button-up shirt, suit pants and formal shoes. It’s my belief that interviewers want to see someone dressed for the job.

Something else interviewers want to see is a professional attitude. From the vernacular used to the way you sit, you must act like you would if you were brought on for the job. This isn’t the time to try and get chummy with the people who are interviewing you, nor is it the time to use obscene language.

Also important to know, is that you should never, ever throw people you mention from your work history under the bus. When lamenting about your old company, ex-boss or a colleague that you didn’t like working with or being near during an interview, which raises a red flag to interviewers. It calls into question various things, like if you truly are a team player, if you care about company culture and if you can accomplish things without there being problems.

There are plenty of more things that I can share with you about job interviewing. It’s overwhelming at times because you can do everything right and still not get a call back. Just know that if you keep trying and stick as close as possible to some of these pointers, you may feel better about yourself coming out of the interview. Heck, you might even land the darn job! All that matters is you keep giving these interviews everything you’ve got and to never give up on your aspirations. Good luck out there, and know that I believe in you too.