What does Autism Awareness Month mean to me?

It is officially April, which means it is officially Autism Awareness Month. I’ve never been asked this question before, so I will ask it of myself. What does Autism Awareness Month mean to me? Well, to answer that question, I need to ask this question: What does it mean to be aware of what autism is? There can be many ways to analyze that question.

But if we’re being told about autism already and more than ever before, what is the point of continuing to hammer this into people? 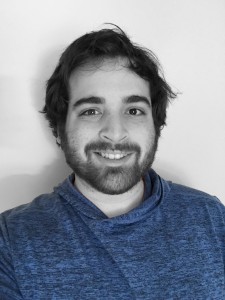 The thematic color of Autism Awareness Month is blue. However, autism awareness is more than just wearing blue-colored apparel.

Going beyond a color

The answer is quite simple. They aren’t being made aware. They’re merely learning the concept of autism, when it is something so complex. Autism has no barriers. It is not exclusive to a race, gender, religion or ethnic group. Autism is something that can impact anyone who decides to have children. There is no specific root cause of autism – therefore there will most certainly be people who think, “It can’t happen to my son or daughter.” If and when it does happen however, families are often surprised. Unless they know someone who has been impacted by autism, these families are left without a direction to go. It is not just about those individuals diagnosed on the autism spectrum, but it also has a tremendous impact on their families.

It’s the families that stand to gain the most from autism awareness, but not because of what they have seen on the news or heard on the radio. It’s because there’s a vast and growing community that was just a blip on the radar screen of life, but has now shown up all over that screen. Autism Awareness Month can provide information about doctors who specialize in working with individuals on the autism spectrum, as well as pathologists, care givers and more. It’s at that moment when parents realize they aren’t alone.

They will realize that there are families just like them who were at one point in time lost, but found ways to improve the quality of life for the individual and the family. The reason? People have become aware of autism and instead of keeping their heads buried in the sand, they came together and exchanged resources of to create a community that embraces those impacted by autism.

Becoming aware of the resources and families impacted by autism that surround you, as well as reaching out to them and sharing said resources with other members of the community is what I believe this month is all about.